May 2, 2020 – The NHRA is expected to update its plan for the remainder of the 2020 season this coming Monday, May 4. But Top Fuel owner-driver Lex Joon hasn’t been sitting around, waiting for announcements.

Like so many other Mello Yello Drag Racing Series competitors, Joon was set to make his season debut in the Strutmasters.com Dragster at the Gatornationals in March. The race, of course, was halted for health concerns and since then the world has been in limbo, longing for normalcy.

But Joon said, “In the meantime we won’t sit still.”

“We are talking with veterans organizations here in the USA regarding our program to get vets involved in our team and NHRA drag racing,” the 2005 FIA European Top Fuel champion who moved here with crew chief/wife Gerda from The Netherlands.

Moreover, he is gaining fans on yet another continent. Joon said he has participated in “conference calls with people in Australia to start a program here in the USA to help, inspire, and motivate teenagers.”

He’s aligning himself with the Racing 4 Significance Foundation, a group that, according to its website, “supports the development of self-confidence in teenagers and encourages responsible motoring practices.” Representatives of the organization visit schools and host workshops – complete with race cars – to influence responsible driving practices and deliver the group’s message to race on the track and not the street. (Details are available at https://www.racing4significance.org/.)

Joon said the recent birth in The Netherlands of his grandson, whom he has been unable to travel to meet, “motivates me more to help our youngsters out in those challenging times.”

He described the experience of “grand-fatherhood” as “becoming a Grand Dude.”

That’s an appropriate term, Grand Dude, for Joon is that. Before coronavirus turned the world upside down, Joon already was scrambling as fast as he could to keep up with basic expenses, especially with a new, much-bigger race shop and a sleek race hauler that replaced his small yellow one he has stuck with for years. He said it “cost a lot of money, even sitting in the shop doing nothing.” On top of that, he has been prepping his dragster for what’s next on the tour with a new injector, supercharger, cylinder heads, and four engines.

That’s all thanks to financial support from Chip Lofton at Strutmasters.com, racer John Hale with his Best of Texas Barbecue Sauce, Gates, Better Diesel FBC, Red Line Oil, CP – Carrillo, and the Arizona CNC shop Earp Machinery. These companies have been impressed with the sincerity of Joon’s “Never Quit” motto.

And Joon definitely is not quitting. He’s more eager than ever now to get back to the racetrack and see what he, his team, and consultant Lance Larsen have made possible with the race car’s significantly updated capability.

Larsen, too, is a special man, for he has continued to work without pay during this shutdown.

“He won’t make any money when there is no racing. We only can pay him when we are racing,” Joon said. “Every team has its own challenges to deal with, but it’s not simple, that’s for sure. Lance is spending a lot of his time at the moment staying with us to cross all the Ts and put the dots on the Is to hit the track running when we go back racing. That is pretty cool and rewarding.” But he is like every other racer, hoping for the best and trying to keep his precious marketing partners on board.

“We try to give them as much exposure as possible without being on a racetrack,” Joon said. “Most of our partners are about parts they supply us. Other than that, we need to see what this year will bring when it comes to racing and what we can do to attend the races. Most money will be received when racing is continued.”

His wife has tried to ease stress by teasing about the suspension of racing.

He said, “Gerda is joking, ‘At least we don’t break anything’ [on the race car], which is true but we need to get going. It’s pretty difficult to attract any type of partners/sponsors at this moment, which our team really is in need for.” He knows the flip side – and so does she, because she’s working every single day at the Advance Auto Parts store at Speedway, Ind., to help make ends meet.

“Considering we don’t blow stuff up, we are losing money when we are not racing. We have to pay the bill. I’m the only one on the payroll, which means if this shutdown keeps going for much longer, I need to find a regular job again,” Joon said.

If the season is scrapped – which doesn’t appear to be the way the NHRA is heading with its thinking – or if it is considerably shortened – that would take an enormous toll on Joon (and other small-budgeted racers like him).

“Financially it will impact our team when [or if] there will be no racing, although we have great partners who are keep helping us through these times. I can imagine they also go through rough times,” he said. “And there will be an effect sooner or later on all we do. Our team is a professional set-up team, which means investments are made to race the car and attract marketing partners to stay in business. We don’t have the reserves or resources to sit this out for a long time. The rent needs to be paid together with a lot of other things.

“So emotionally it is pretty tough. No matter what happens,” Joon said, “we will live through it because that’s who we are. The thing to hang onto is that we are all in this together. Creativity and attitude will make a difference.”

In spite of the uncertainties he faces and perhaps a temptation privately to wonder from time to time why he and Gerda chose this route for themselves, to come to America, the land of opportunity, to encounter such frustration, Joon cheerfully perseveres.

“We are blessed our family and friends are all in good health,” He said. “We need to take care of the people in need, which we only can do when we make sure we have the means and ability to make that happen.

“Time will tell how this all is going to work out. Every disadvantage has also an advantage,” Joon said. So let’s see what we can achieve.”

Having that attitude is an achievement in itself. 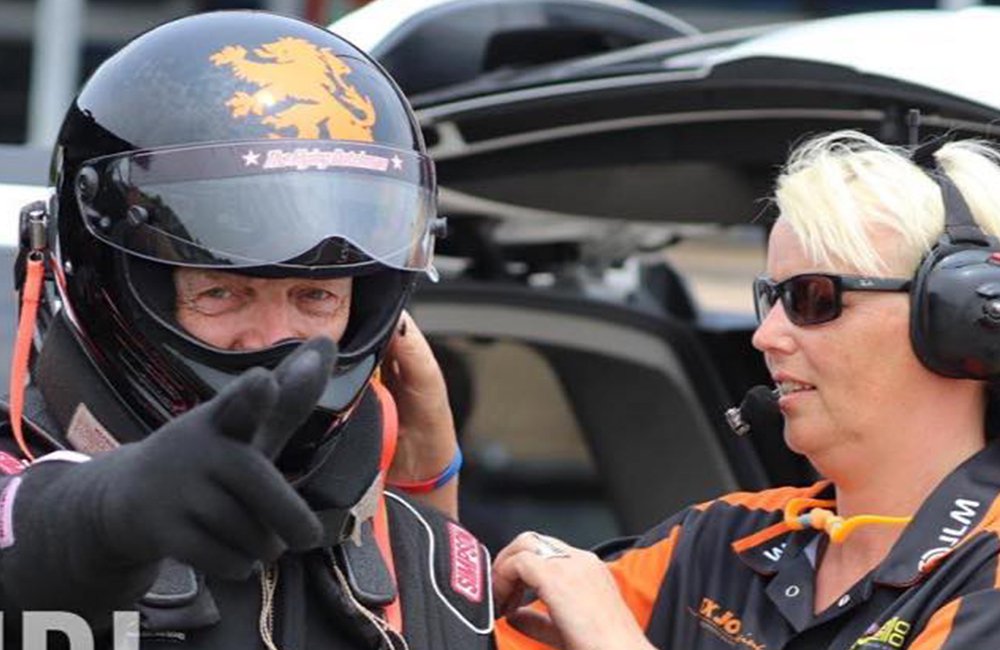