Lex Joon Racing is a proven successful European F.I.A. Championship Top Fuel and Funny Car race-team with unparalleled success… but that wasn’t the end of the story. Lex dreamed of taking that success to NHRA.

The United States government supported that dream – granting Lex and Gerda Joon US citizenship as a result of their tremendous success. This was the equivalent of winning a Nobel peace prize or an Olympic Gold medal.

There is no other team, NASCAR, Indy, NHRA, that is driven with this same relentless pursuit to live their dream. 4000 miles from the Netherlands to the USA, taking over where they left-off, to become champions once again.

Pursuit is the story, the reality lifestyle television series that carries a widespread footprint. Pursuit is guaranteed to attract national and global awareness!

The Pursuit Lex Joon NHRA team sponsorship program… the first of its kind designed to integrate existing lifestyle marketing (aligning team and the NHRA) with a reality show alliance.

Look for it soon! 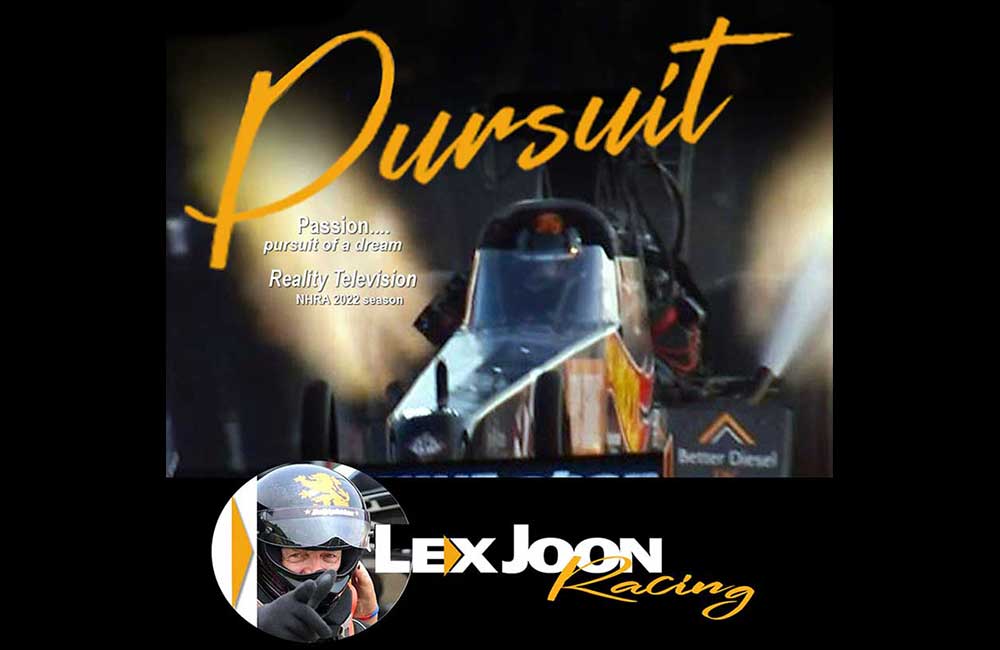 A present for our die hard fans!