Camping World Chairman and CEO Says Fans are the Most Important Stakeholders in the NHRA's Future.

Camping World chairman and CEO Marcus Lemonis never has been to a drag race, where astonishingly quick elapsed times and eye-popping speeds are the numbers to watch.

But the NHRA’s new series sponsor was impressed with a different set of numbers he studied—the sport’s demographics for the age spectrum of fans, its industry-leading gender and race diversity, and the family appeal. From that attraction, Lemonis told Autoweek who he regards as the stakeholders in the Camping World NHRA Drag Racing Series, how he’ll be involved as the relationship kicks into high gear, terms of the agreement that took effect in October, and whether purses will increase.

The star of CNBC’s The Profit has found his next business challenge.

The star of CNBC’s The Profit has found his next business challenge.

“Motorsports has been a pretty good investment for our company—actually, very good investment for about 10 years now. We’ve had the (NASCAR) truck series for just shy of 10 years now. And what I really started to notice is that out of all sports sponsorships—we do a lot—the highest conversion rate of familiarity with our brand and loyalty to our brand comes in the motorsport space. NASCAR has been an amazing partner, but I’ve always studied NHRA from a distance and really tried to understand how it works,” he said.

He noticed that the attendance figures appeared to be dramatically different between NASCAR and the NHRA. “And what I didn’t realize,” Lemonis, 47, said, “was that NHRA gets the same thing. It just gets it over a series of days.”

So he took a closer look at “understanding the profile of the NHRA fan, how they transact, what their make-up is.” He said he “noticed that there were three primary things that really attracted me” and that the NHRA “was ticking off all three of those boxes. And when you layer that on top of an already successful motorsports program for us, it just made a ton of sense. I think also for us, we wanted to see if we could find a new audience. And we did a lot of studying to see what the crossover was between NHRA and NASCAR —and shockingly, it was pretty thin. It was totally a scientific play for me, to be honest.”

He didn’t disclose all terms of the deal but shared that “it’s a couple years. It is well beyond 2021, but I will say we wanted to give both NHRA and us flexibility, that if it wasn’t a good relationship three or four years from now that we would be able to sit down and understand it.

“I did not want to be a one-and-done. I don’t think that’s respectful to the fans,” Lemonis said. “If you’re coming in for a year, you’re never going to get the loyalty, because they’re going to smell the lack of commitment. And I think fans are very, very focused on loyalty and commitment, specifically in today’s day and age. So it is much longer than next year.”

He referred to the NHRA’s series-sponsorship value with previous benefactor Coca-Cola and its Mello Yello brands at $5.72 million annually as “a decent deal” but said, “In 2020-2021, we’re living in a different world.”

The NHRA filed a lawsuit against the beverage giant in late September, charging breach of contract with the agreement that was to run through 2023. So Lemonis has been regarded in the drag-racing community as a rescuer, helping salvage the final weeks of the 2020 season and reassuring race teams and fans that the sport will ring in its 70th year with a brighter future. Getting the pandemic under control wouldn’t hurt.

However, Lemonis regards himself less of a Superman and more of a sound businessman.

“As I tell people—I’ve told a lot of people this: We stepped up because we want to be supportive, but it’s also a business decision, right? And so when people say thank you, my response is: You’re welcome. Keep in mind the best way to thank me is to support our business. If you have an RV lifestyle, please support us, because if you don’t, when it comes time to renew it or extend it, I’m going to look at the economics and say, ‘What did I get out of this?’ And as a businessperson, as a steward of a company, you’ve got to be able to justify it economically. And as much as we don’t like the fact it’s always business, that’s the reality of it,” he said.

The NHRA’s business model is unique, even to the non-traditional motorsports format, but Lemonis indicated he isn’t worried about how he’ll work with it in order to make money while keeping all the stakeholders happy. He knows who his stakeholders are and is certain he won’t be trying to make a profit at their expense.

“The stakeholders for me are the fans. That’s it,” Lemonis said. “While I worry about the sanctioning body, I’m worried about the fans and the team owners, because those are the people ultimately who obviously are giving us the ability to have a sport and the team owners are taking a financial risk in being in the sport. So for me, those are the stakeholders. Again, it’s not about being disrespectful to the sanctioning body. But if the fans aren’t happy and the teams can’t make the numbers work, then what are we doin’? That doesn’t make any sense.”

So he said he will assess everything through the filter of the fans.

“I am—and I know that’s not exactly what NHRA would always want to hear,” he said. “But without the fans—without them and customers for me—I don’t know what we have.”

He said he has a plan on how he will integrate with the NHRA’s decision-making process. And some might be surprised to learn that this mogul, who just turned 47 years old this month and already has a reputation for saving struggling small businesses through his CNBC TV show The Profit, won’t be demanding a thing. He’ll have expectations, for sure, but not demands.

“Yeah, I would never demand anything,” Lemonis said, “just because we know our role in the process is as sponsor, not a shareholder. But I will use my platform to commend those things that are really working.

“Particularly, the one thing that I do see the NHRA doing very well is being very concerned about two things: (1) the health of their teams, from my perspective, and (2) how the B2B, the business-to-business, transactions inside the sport—meaning sponsors connecting with other sponsors—how that process plays out. That will determine a lot,” he said.

“One of the things I think NASCAR has done well for years is really create this round table of sponsor-to-sponsor relationship,” Lemonis said. “For example, my relationship with FedEx was born out of NASCAR. I used to be with UPS, and FedEx has been a tremendous sponsor of the sport. The economics had to be right, but that introduction was made on that format. A number of vendors we have inside our Camping World stores are tied to relationships that were introduced based on people who have sponsored NASCAR. So I think for me, I’m going to want to see NHRA continue and enhance that.

“The stakeholders for me are the fans. That’s it,”

“I think you’ll see me play a much larger and more vocal role in creating the B2B opportunities,” he said, “because if people aren’t making money sponsoring, from customers and B2B opportunities, their shareholders and their board are going to raise that crinkled eye at that process.”

A common thread Lemonis already had with the NHRA was the strong foundation each has with FOX broadcasting. Together they can leverage that for the common benefit.

“We have a very, very robust relationship with FOX that stems far beyond NASCAR. We have an MLB relationship with them—Major League Baseball. We had a huge role through all the playoffs. That’s a huge FOX property. And they have been nothing but supportive of our business. Quite frankly, they’ve been the idea factory behind a lot of the initiatives that we’ve had,” Lemonis said.

“You know, it’s funny—when you’re kind to people and you’re thoughtful and you communicate well and you lay out what your goals are and you’re respectful of their goals, magically, business is a lot easier. When you go into business with very much of ‘What can I get out of it? How’s this going to work for me, singularly?’ in any business, it usually doesn’t work out,” he said. “And the FOX relationship has been one of those ones where they’re always thinking about me before I’m even thinking about me. I love it.”

Racers would love it if the NHRA raised purses or at least restored them to pre-pandemic levels. But Lemonis isn’t going to wave a wand and fix that issue right away.

“You know, that’s not up to me,” he said. “I would have to learn more myself about that. I think a lot’s going to depend on what happens and when are we going back full-throttle and when are people going to go back in the stands, because it’s just probably a pretty simple math equation.”

When the 2021 season opens at the March 11-14 Gatornationals at Gainesville, Fla., Lemonis will experience for the first time this sensory-overload spectacle he has joined.

“I’ve never been, and I’m excited to go to the first one as we start the season. It’ll be my first time,” he said! 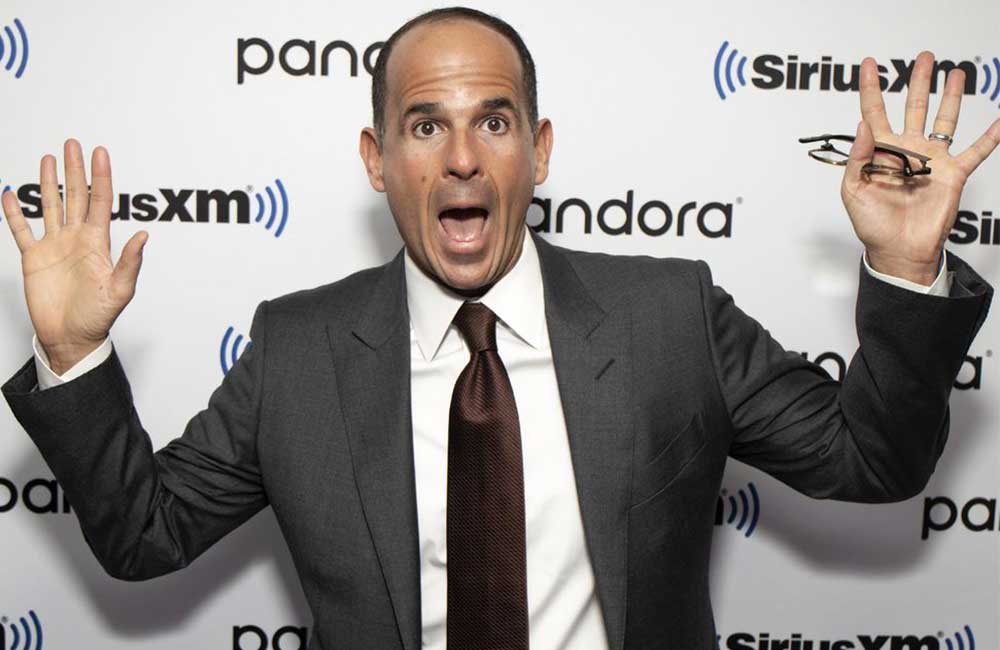