Joon will banner the Strutmasters.com name as a major associate partner on his Top Fuel Dragster entry starting at the AMALIE Motor Oil NHRA Gatornationals in Gainesville, Fla.

“With a total of four Top Fuel dragsters running under the Strutmasters banner we can expect a race within a race when it comes to bragging rights for the best performing car in 2020,” commented Lex Joon, driver, owner and tuner for Lex Joon Racing.

“Strutmasters.com” is excited to continue their partnership with the NEVER QUIT team of Lex Joon for 2020. With their upgraded new race parts and a little extra help, we should see Lex making the show and winning some rounds,” commented Chip Lofton, company owner of Strutmasters. #NEVERQUIT 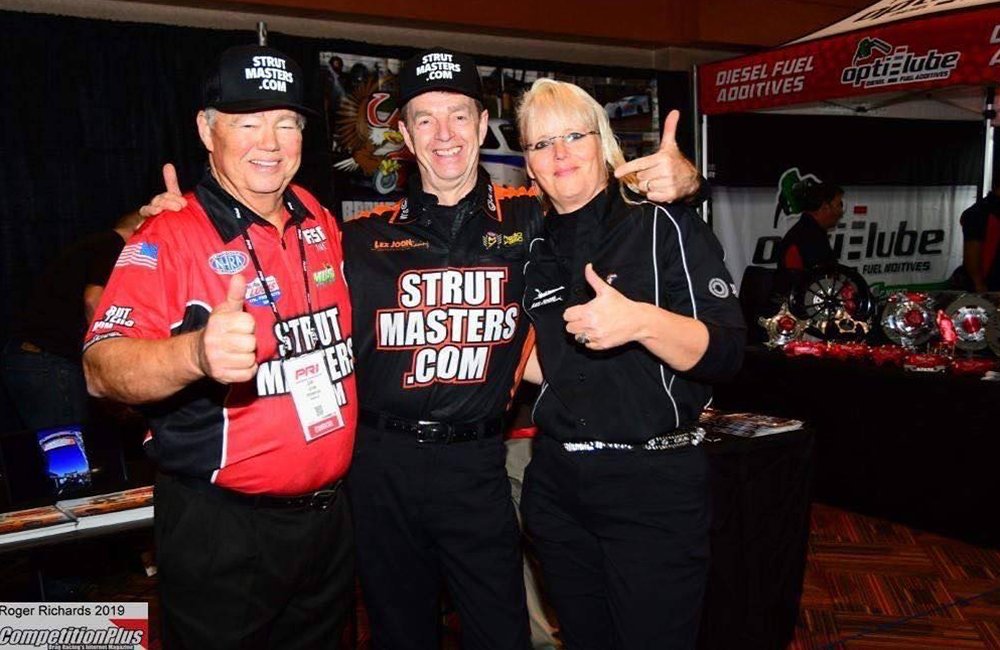